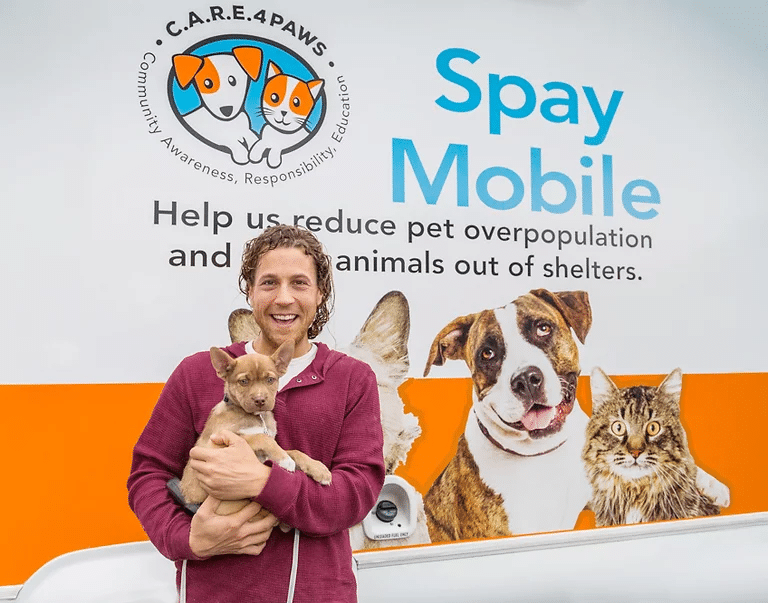 The 7th Annual Wags ‘n’ Whiskers Festival, which took over the eastern half of Goleta’s Girsh Park on Sunday, measured its success in animal adoptions. Organized by non-profit C.A.R.E. 4 Paws, the festival gathers together more than 20 of Santa Barbara County’s animal adoption and welfare agencies, aiming to educate the public about animal rescue, pet overpopulation, and the benefits of adopting a pet from a shelter. By the end of the day more than 30 dogs, cats and bunnies who had spent the day before in a cage were off to a new life, in a new house, with new owners.

Santa Ynez Humane Society’s Emily Grossheider was “adopting out like crazy,” having already found homes for five kittens, four puppies, and two adult dogs in the first hour of the festival. This was her agency’s second year taking part.

“We love it,” she said. “(Organizer) Isabelle Gullo-Abitia does such a good job making this a fun event and showcases the animals. A lot of people in the Valley don’t know we exist until they come down here and find us.”

She was hoping to find a home for Big Rocco, a mysterious mix of bulldog, mastiff, shar pei, and other breeds, who was walking around with a “Love Me?” bandana on. “He’s the most amazing dog, and an ambassador for whatever breed he might be,” Ms. Grossheider said.

The event’s main sponsor was VCA CARE Hospital, which financed $10,000 for the event, and operates an urgent care facility for pets.” Dr. Eileen Gillen said they hoped to build awareness that they are a main part of the Santa Barbara community, operating out of their Haley Street office, and have been for 13 years. Not only do they have a surgeon on staff, but they have brought on an eye specialist and look to hire oncologists, neurologists and cancer specialists. They also work with the other adoption agencies and the rescue community, including pro bono work.

“And we’re happy to do it,” she said, “We want to find these (animals) forever homes and are pro-active for reducing animal overpopulation in Santa Barbara County.”

Other agencies raised profiles of their medical services, such as the HydroPaws Animal Rehab Center, which rehabilitates injured dogs (and some cats) using everything from sportsstyle massage to hydrotherapy, where dogs run on treadmills half-submerged in water. Some dogs come back from partial paralysis, as well. One dog came to the center with a torn ligament and according to therapist Karen Atlas, had returned today to the Festival to show the various tricks it had learned in the cordoned-off performance area.

Two happy new puppy parents, Chelsea and Josh Livingstone, had just adopted a very excited young dog from LA Paws, one of several adoption booths at the festival. The two are originally from Mississippi but are living on-base at Port Hueneme and had come to Goleta expressly to adopt a new dog. Back in Mississippi they owned a lot of dogs, but this dog is for their new life.

“We’d gone to a couple shelters but nothing really clicked,” Chelsea said. “I saw this (festival) online and I knew we had to go. I knew we’d find at least one, and we did!”

Their new dog’s shelter name was Maggie, but they were planning on renaming her. This is also the first time they had adopted a rescue dog.

Chelsea noted that, “Just seeing (these dogs) have no home and being so sad, and then seeing them get all happy because they finally have a home, there’s honestly nothing better than that.”