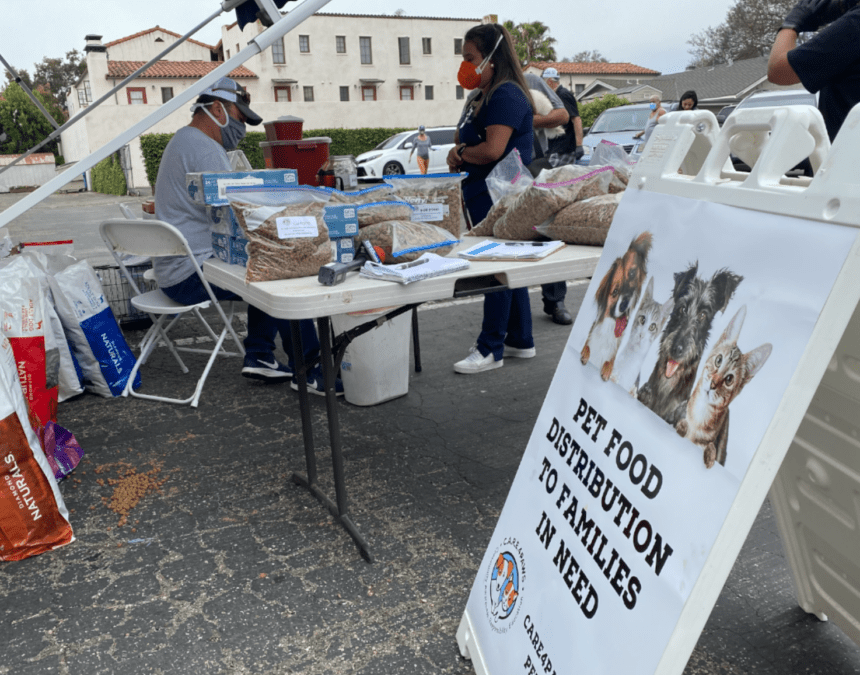 Our Mobile Clinic and Food Distribution Featured on KEYT

SANTA BARBARA, Calif. – You may find yourself short of the cash you need to care for your pet during the ongoing crisis.

One group is stepping up to help.

With a fully staffed, large mobile care center, C.A.R.E.4Paws is setting up in different locations throughout Santa Barbara County to provide services.

Thursday in Santa Barbara, pets were getting important shots outside of the vehicle, right on the spot.

Inside, there were several pets going through some emergency surgeries, and wellness checkups.

Many pet owners and their pets came away with smiles and wagging tails.

Owner Carlos Abitia says, “we are really happy to help when it counts, when it matters. Right now people are strapped for money, in some cases, they have no paycheck, so we are here to help.”

“Most of the services are free or for a very very low cost,” said Abitia.

C.A.R.E.4Paws is also offering pet food for the homeless, along with pet checkups. In domestic violence cases, they respond with a vet and shelter services.

For more information on their set up locations, dates and times go to: C.A.R.E. 4 Paws. 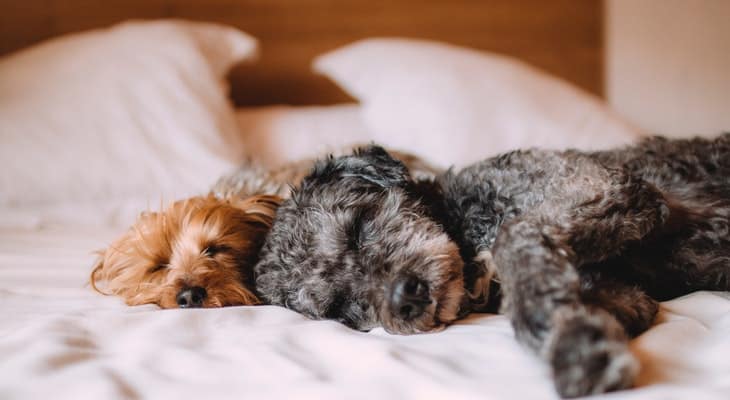 With the lockdown orders and heightened emotional and financial stresses caused by COVID-19, domestic violence is more prevalent than ever. Family violence affects not just adults and children, but pets, too. So many of our community members and their animals are being harmed in a place where they should feel safest: their own home. C.A.R.E.4Paws and local agency partners are here to provide a refuge

C.A.R.E.4Paws’ Safe Haven program ensures domestic violence victims can find safety for their pets when they leave an abusive situation. Pet owners exposed to domestic violence can seek emergency shelter with their companion animals through Domestic Violence Solutions (DVS) and C.A.R.E.4Paws will arrange for immediate, anonymous foster care or boarding for the pets. Victims and law enforcement can also contact C.A.R.E.4Paws directly for support.

Family violence statistics were staggering even before the social isolation enforced by COVID-19, making a program like Safe Haven desperately needed. Isolation and lack of social support contribute to the increased risk of domestic violence. Pets are often used as a way to control the family and may prevent members from leaving out of fear something will happen to the animal. In surveys of women entering domestic violence shelters, as many as 85 percent reported that their pets had been threatened, tortured or killed by their partners.

“Now more than ever, we need to provide a safety net for those in need of support,” says C.A.R.E.4Paws’ Executive Director and Cofounder Isabelle Gullo. “Safe Haven will protect and care for pets until they can be reunited with their loving owners. We hope this encourages community members to reach out for help and seek safety with their companion animals.”

Pets enrolled in Safe Haven are sheltered with love and also have access to veterinary care in C.A.R.E.4Paws’ mobile veterinary clinic as well as behavioral training, if needed.

“The partnership between Domestic Violence Solutions and C.A.R.E.4Paws has become an essential part of the services we offer to shelter clients who have pets,” says Jan Campbell, Executive Director of Domestic Violence Solutions. “Knowing that their beloved pets are safely and confidentially housed helps to mitigate trauma suffered by domestic violence survivors and their families.”

“Our goal is to support crime victims and witnesses as they move from victim to survivor to empowered,” says Santa Barbara County District Attorney Joyce E. Dudley. “We know a significant step toward that is to help them and their loved ones (including their pets) feel safe. Toward that end we proudly partner with C.A.R.E.4Paws and Domestic Violence Solutions.”

For a quick guide to all services provided to pet owners in need during COVID-19, as well as ways in which community members can help others during this crisis, go to care4paws.org/services/. 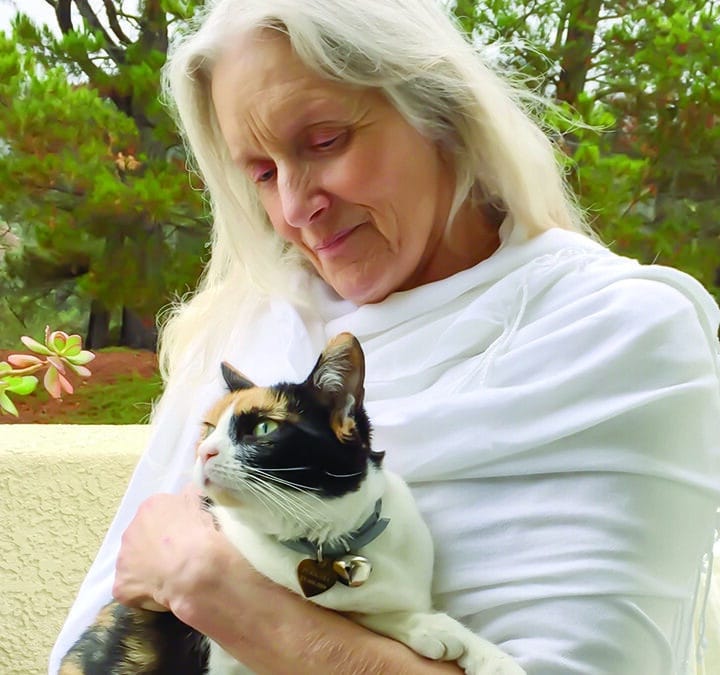 C.A.R.E.4Paws Food Distribution and COVID-19 Efforts in the News-Press

The two dogs bring a lot of joy to Mr. Medina and his wife, Vivian, especially during the COVID-19 pandemic.

That’s why the couple is grateful to C.A.R.E.4Paws, which delivered free dog food to them.

Mr. Medina, 81, explained that the couple is low-income. Without the help from C.A.R.E.4Paws, “we would have to give up the dogs probably,” he said.

As the pandemic continues, C.A.R.E.4Paws is providing more free pet food than ever before, said Isabelle Gullo, the Santa Barbara County nonprofit’s executive director and co-founder.

“I would say we give away at least two tons of pet food and cat litter every week,” Ms. Gullo told the News-Press.

“We’ve always had a pet food delivery program, but it’s expanded to something we’ve never experienced before,” she said. “We are helping probably 100 or so seniors weekly with pet meals.”

C.A.R.E.4Paws is distributing pet food and other supplies such as cat litter to low-income residents, seniors, people with disabilities and the homeless. Ms. Gullo said.

She noted the people served by C.A.R.E.4Paws are struggling more than ever to put food on their tables, let alone care for their pets.

“If we don’t reach out and provide a safety net, we’re going to see a lot more animals and the owners suffering,” Ms. Gullo said. She noted the goal is to keep pets with their owners and out of shelters.

C.A.R.E.4Paws also distributes free pet food at its resource centers, located at sites throughout the county. They include Unity Shoppe in Santa Barbara, the Salvation Army, the Santa Barbara Rescue Mission and the PATH Santa Barbara homeless shelter.

“For most homeless pet owners, their pets are a lifeline, their sole companionship,” Ms. Gullo said.

Ms. Gullo also noted C.A.R.E.4Paws began collaborations during the pandemic with the Foodbank of Santa Barbara County and the 211 hotline. “We get referrals for seniors who need pet food delivered to them as well as human food.”

Other partnerships include ones with Santa Ynez Valley People Helping People and the Los Alamos Foundation. (See the FYI box.)

And the nonprofit helps pet owners affected by domestic violence through Safe Haven, a program that C.A.R.E4Paws launched Feb. 1 in partnership with Domestic Violence Solutions for Santa Barbara County. C.A.R.E.4Paws arranges for temporary foster homes or boarding for pets so owners don’t have to leave their pets behind or stay in a violent relationship because of an animal.

Ms. Gullo explained how the nonprofit has improved that assistance.

Previously, the nonprofit responded only to referrals from Domestic Violence Solutions, she said. “Now people can contact us directly for help.” (Go to care4paws.org/safehaven.)

As C.A.R.E4Paws works to keep pets with their owners, the nonprofit welcomes donations of pet food. Ms. Gullo said there’s an Amazon wish list at care4paws.org.

“But I would say the biggest way people can help is through monetary donations that we can then use to buy pet food and supplies,” she said.

Ms. Gullo said the money went for the nonprofit’s purchase at Lemos Feed & Pet Supply. She added that the Santa Barbara County business provided significant discounts and its own donations of food, which greatly increased the total amount.

The C.A.R.E4Paws executive director and co-founder noted that pets today are providing much needed emotional support.

“It’s really important that we keep pets with their owners throughout the pandemic.”

Pet food and supplies are also given away at C.A.R.E.4Paws’ mobile clinic. See the schedule at care4paws.org/clinicservices.

To make a donation, go to care4paws.org/help. Donations of pet food are welcome, but C.A.R.E.4Paws prefers monetary contributions. 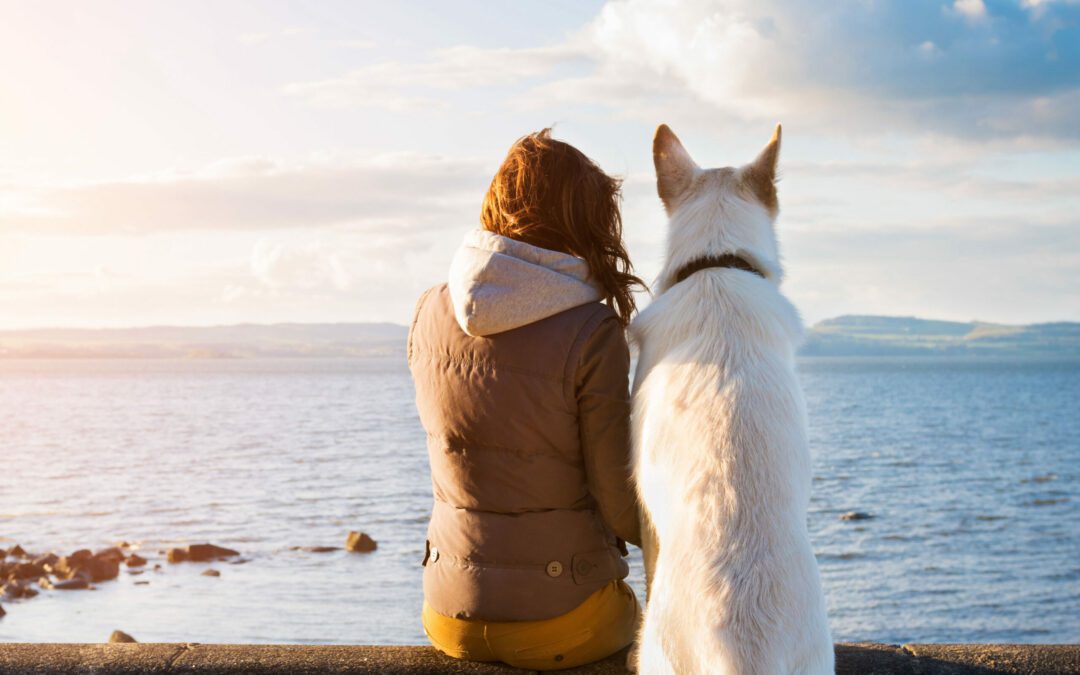 In response to emotional and financial stress caused by shelter-at-home orders relating to COVID-19, C.A.R.E.4Paws‘ Safe Haven program has joined forces with agency partners to ensure domestic violence victims have a safe place for their pets when leaving an abusive situation.

The organization’s executive director and co-founder, Isabelle Gullo, said that family violence affects not just adults and children, but pets as well – putting them in harm’s way.

“Now more than ever, we need to provide a safety net for those in need of support,” said Gullo. “Safe Haven will protect and care for pets until they can be reunited with their loving owners. We hope this encourages community members to reach out for help and seek safety with their companion animals.”

Gullo said that family violence statistics were staggering even before shelter-at-home orders were enforced, and now with the added isolation and lack of social support, risk of domestic violence has increased.

She said that 85% of women who were surveyed upon entering domestic violence shelters, reported that their pets had been threatened, tortured or killed by their partners. And for many victims, that may prevent them from leaving out of fear something will happen to the animal.

Pet owners who are exposed to domestic violence can seek emergency shelter with their companion animals through Domestic Violence Solutions (DVS) and C.A.R.E.4Paws, who will arrange for immediate, anonymous foster care or boarding of their pets.

“Knowing that their beloved pets are safely and confidentially housed helps to mitigate trauma suffered by domestic violence survivors and their families,” Campbell said.

She explained that pets enrolled at Safe Haven are sheltered with love and have access to veterinary care in C.A.R.E.4Paws’ mobile veterinary clinic, as well as behavioral training if necessary.

Currently adoption fees for all animals are just $10 and fostering opportunities are also available.

For direct support, victims and law enforcement can contact C.A.R.E.4Paws’ Safe Haven program at safehaven@care4paws.org or call 805-335-7524. For more information about the program, visit care4paws.org/safehaven.

A quick guide to all services provided to pet owners in need during COVID-19, as well as ways in which community members can help others during this crisis, can be viewed at care4paws.org/petstrong.