Paws Up For Pets Featured in Noozhawk 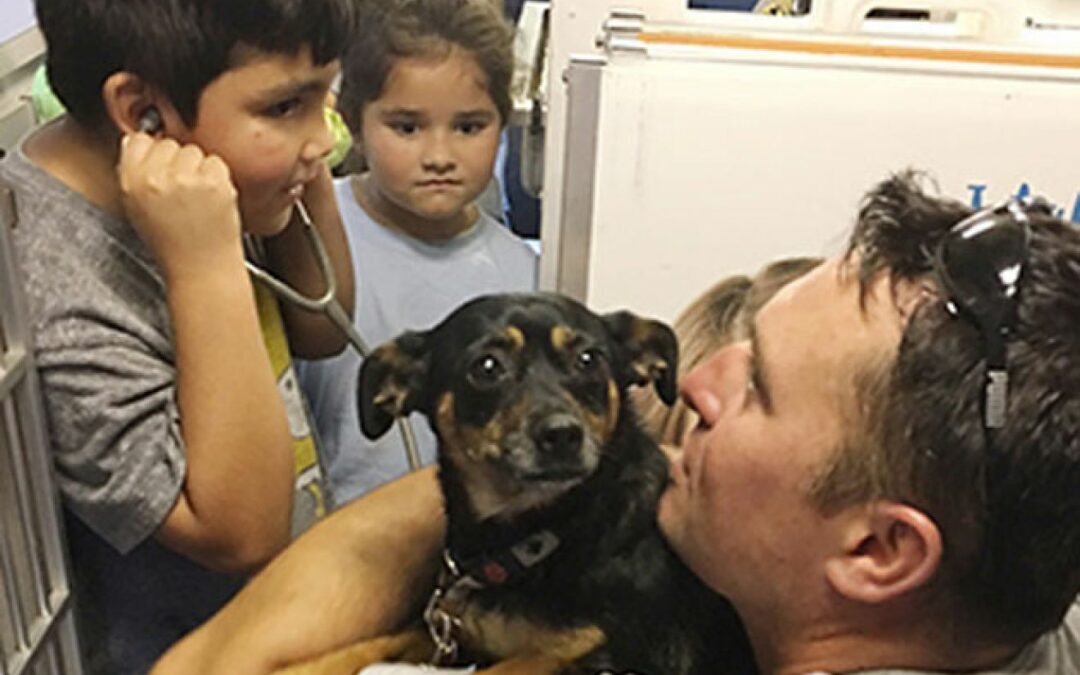 This month, C.A.R.E.4Paws, United Boys & Girls Clubs of Santa Barbara County and Davey’s Voice launch Paws Up for Pets, an innovative educational initiative that engages local youth to promote compassion for animals and in the community as a whole.

The new campaign targets children K-12 in Santa Barbara County, and primarily youth enrolled in afterschool programs. In November, the program is being introduced at United Boys & Girls Clubs’ Carpinteria and Lompoc units, and on the Chumash Reservation in Santa Ynez, with more locations to be added in early 2017.

Paws Up for Pets was created in response to several incidents of severe animal cruelty in Santa Barbara County and a general concern that too few cruelty cases are reported, despite the strong connection between animal abuse and family violence. Pet overpopulation, particularly in North County, also inspired the initiative.

C.A.R.E.4Paws, a nonprofit that works to reduce pet overpopulation, keep animals out of shelters and improve quality of life for pets and pet owners in need, is heading the campaign, which consists of weekly workshops and special activities targeting critical animal-welfare topics.

Focus areas include how to be a compassionate, responsible pet owner; animal abuse and its connection to family violence; why so many animals end up in shelters; and the philosophy that all animals are individuals — just like humans. Children have the opportunity to become role models for others as they participate in the program at four different levels and earn badges as they complete each step.

“Paws Up for Pets was created to inspire more empathy in our community, and it starts with our youth,” said Carlos Abitia, C.A.R.E.4Paws’ bilingual community outreach and youth program director and the organization’s co-founder.

“When you show children how to be respectful and kind to animals, the ripple effects are endless. Children feel empowered, and are less likely to harm a pet, hurt a friend or bully a classmate. And they bring their values into adulthood,” he said. “There’s no better way to fight abuse, violence and bullying.”

Years of research links animal abuse to violent behavior toward humans and shows that children who mistreat animals are more likely to act violently later in life. A study from Michigan State University College of Law reports that 40 percent of animal abusers have committed violent crimes against people, and 100 percent of sexual homicide offenders have a history of cruelty to animals.

There’s also a proven link between family violence and cruelty to animals. And, according to data collected from WestEd surveys and the California Department of Education (2011-2013), Santa Barbara County has a high rate of bullying — one third of public school students in Santa Barbara County have reported being bullied.

Paws Up for Pets aims not only to promote compassion for all living beings and shed light on animal cruelty, but to empower children to speak up against, and report, abuse.

“We will be working with youth in our county’s most underserved areas,” said Abitia. “Up to 90 percent of children enrolled in afterschool programs live at or below the poverty level, which means they have access to fewer resources and have less opportunity to stand out in life. Through Paws Up for Pets, the get a chance to be engaged in the community and feel like they can make a difference.”

Poverty affects the welfare of our youth as well as our pets. In communities where there are high-poverty areas, such as in Lompoc and Santa Maria, more than 30 percent of adults and 40 percent of children live at or below the poverty line. And as many as 65 percent of these households own pets, according to a 2015-2016 National Pet Owners Survey.

The good news is, Paws Up for Pets connects pet-owning families in need with access to free and low-cost services that improve quality of life for pets and their owners. This includes spays and neuters, vaccines, vet care, and pet food through C.A.R.E.4Paws.

As a Paws Up for Pets collaborator, United Boys & Girls Clubs of Santa Barbara County will help facilitate visits to its five county locations and help C.A.R.E.4Paws measure program results, while Davey’s Voice, a nonprofit that fights animal abuse, will contribute funds annually and help fundraise for the campaign.

“We are proud to partner with C.A.R.E.4Paws and Davey’s Voice on this project and to tap in to the power of our local youth as advocates and change-makers,” said Kristi Newton, vice president of advancement at United Boys & Girls Clubs. “While children are only 25 percent of our population, they are 100 percent of our future.”

Community members can support Paws Up for Pets through sponsorship opportunities and donations. For more information on how to become involved, visit pawsupforpets.org or contact C.A.R.E.4Paws at 968-2273, or info@care4paws.org.